What are you looking for ?

Vodafone today announced it is answering the call of Australian prepaid consumers looking to take their smartphones abroad with the launch of Prepaid Roaming Add-ons.

Available to customers whose last recharge was a MyMix, Combo or Pay As You Go Plus recharge, for use in more than 50 countries, Vodafone’s new Prepaid Roaming Add-ons are available in multi-day (3-day expiry) and weekly packs (7-day expiry).  Customers can purchase as many Add-ons as needed for the length of their travels.

Customers also have the choice of two types of add-on: a bundle of voice, TXT and data inclusions; or for data enthusiasts, a data only add-on.

Roaming Add-ons can be purchased before travel or when overseas, however customers must activate their roaming service before they travel. Once they have purchased the Add-on, customers can use it immediately, the expiry period will begin from midnight AEST. Customers can check or activate their international roaming and monitor their usage via My Vodafone, which is reported in real time.

All inclusions for use in selected countries.

“International roaming has been expensive for prepaid consumers, but we have been negotiating hard with telcos around the world to deliver more competitive rates for calls, TXT and data in popular international travel destinations, and I am excited to say that today we launch what we believe is our best ever prepaid roaming offer,” said Ms Chee.

To put things into perspective, a consumer travelling to the United Kingdom for a week using 500 MB of data will now pay $35 with Vodafone’s new Prepaid Roaming Add-ons.

With more than 9.2 million short term trips* taken each year, Ms Chee said prepaid customers will now be spared the hassle of search for WiFi hot spots or buying local sim cards at their destination to avoid using Pay As You Go roaming, instead benefiting from competitive rates for international roaming.

“Vodafone is passionate about roaming because we know smartphones are the perfect travel companion and are bound to make travelling easier for our customers, whether that’s helping them not get lost again or sharing their travel moments with friends and family back home,” she said.

Ms Chee said that Vodafone had taken a user-centred approach to the design of Prepaid Roaming Add-ons.

“From the outset, we wanted to build a product that catered to the needs of travellers.  From talking to our customers we understood they wanted a solution that could work for long weekend or week-long getaways and this led to our decision to offer them the choice of a 3-day or 7-day expiry which can be added multiple times as needed,” said Ms Chee.

“We also recognised that the last thing travellers want to do after a long flight is call their telco to buy a roaming product. With this in mind, we designed Prepaid Roaming Add-ons so customers can activate their roaming service before they leave Australia and buy the pack when they arrive, all via the MyVodafone app or TXT, without needing to call us,” she said.

Ms Chee said Vodafone remains committed to making international roaming affordable and easy to use, so that customers feel confident about using their smartphones overseas.

“We want our customers to use their phones without worry. And we know that when we deliver great products that make things easier for them, people will use it and they will love it,” said Ms Chee.

Vodafone have been the market-leader when it comes to international roaming. The company has won two industry accolades for its postpaid product $5 Roaming  – which allows customers on a 12 or 24 month voice plan to use their normal plan inclusions in over 50 countries for just $5 extra per day – including a CANSTAR Blue Innovation Excellence Award and Communications Alliance and CommDay Award 2014. Vodafone’s $5 Roaming has been used more than 4 million times since 2014.

Vodafone also announced in February 2016, that it is waiving the $5 extra a day fee for eligible postpaid customers travelling in New Zealand until the 31/01/17, unless extended. 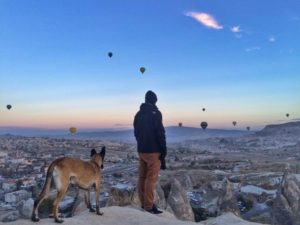 Eligible recharges include: MyMix, Combo or Pay As You Go Plus.

Check out these media releases